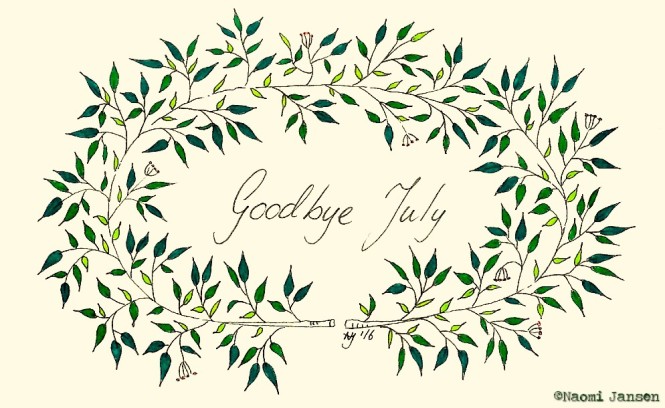 Goodbye July, goodbye to your canopy of darker shades of green, your half-hearted attempts at better weather, your respectful restrain at being the full-blown summer you could chose to be.

I had a hard time writing this month’s goodbye to you, dear July. A hard time writing about the walks I made, the new things I might have learned, the small events shaping my beautiful daily life. I keep asking myself; what is a golden sunset falling across the fields behind my house, compared to all that is happening in the world around me? Is there ever an appropriate time to reminisce about a beautiful afternoon tea, shared with loved ones, when there are deaths to mourn, issues to address & demons to face?

And all through your 31 days, sweet July, I have been able to live out my own set of beautiful, unmarked days, full of promises of what’s to come. I’ve been cycling into each of those fresh mornings, stirring unsuspected gulls, watching the light catch on their delicate wings as they sail through the sky. I have filled my lungs at the start of every single day. I made plans in my head. I looked up & around. I cycled home, while thinking of children standing at the gates we all allowed for someone to pull up. Thinking of men and women, somewhere out there, planning & plotting scenarios worse than any movie I have ever seen, worse than all of us could ever begin to imagine. I felt frightened and happy and small and important and young and old, all at once. And as I cycled through that new day, long & unstained before me, I thought of the words of a friend. He told me that the best thing for us to do right now would be to stick together, to be kind to everyone & more than anything, to love; love each other & ourselves. And I like to think he might be right.

Goodbye Dear July, I have come to the end of my words. I’m sorry I haven’t been able to honour you in the same way as I have done the other months. But hopefully you don’t mind too much. I did have a nice time with you. So, I do want to thank you. For the walks, for the clumsy baby birds learning to fly, for the flowers everywhere. Thank you for the happy reunions & the uncomplicated partings. Thank you for uncrowded cinemas & for trips down memory lane. Thanks for all those many moments, all the many things & all those lovely instances that make up the sum of my life. Thank you for all the freedom that I’ve been given by those who went before me; the freedom of speech, the freedom of being, the priceless freedom that enables me to sit here, write this, be who I am, without taking a moment to wonder whether I should be someone else instead.
Thank you, dear July, and please remember; I love you….. 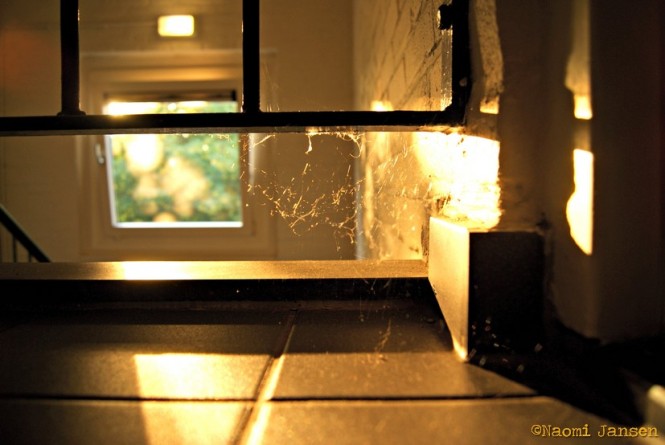 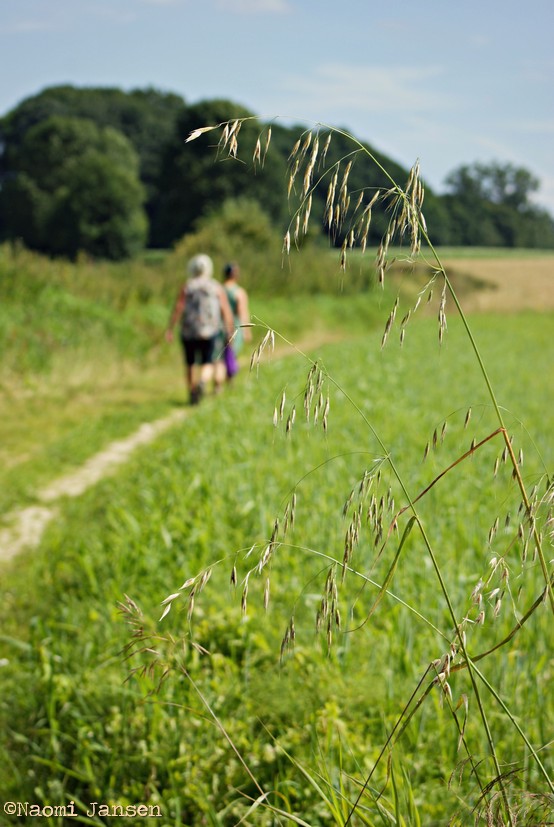 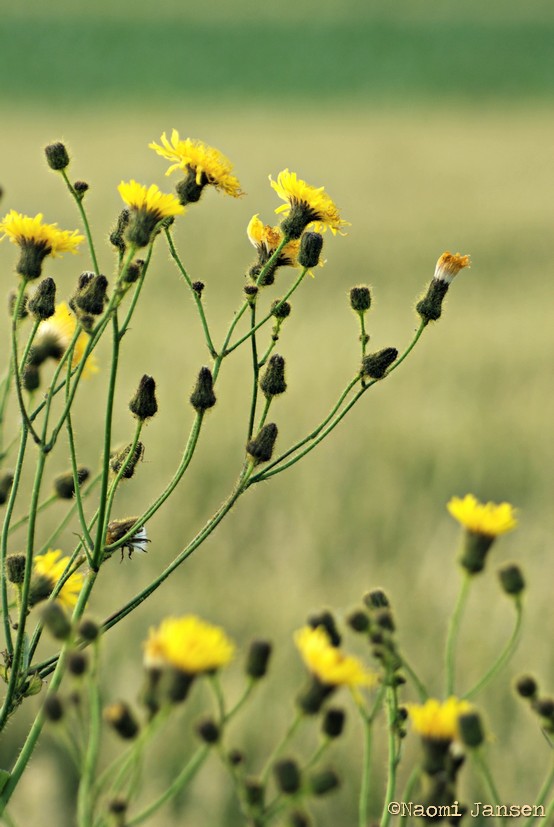 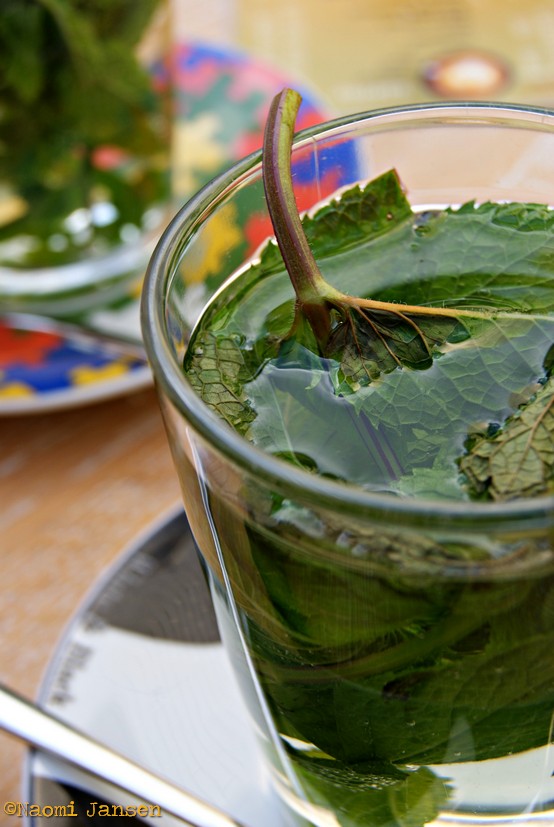 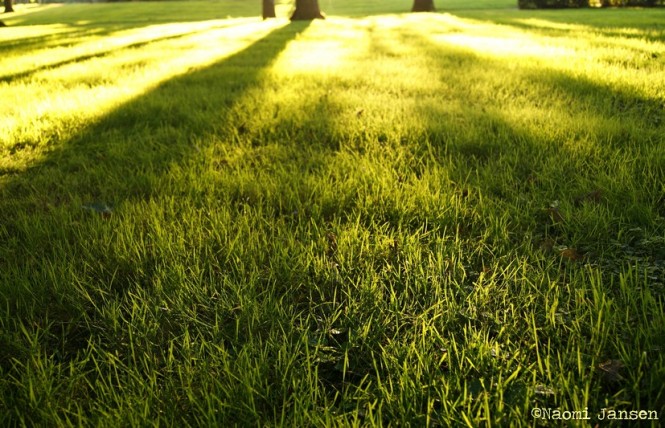 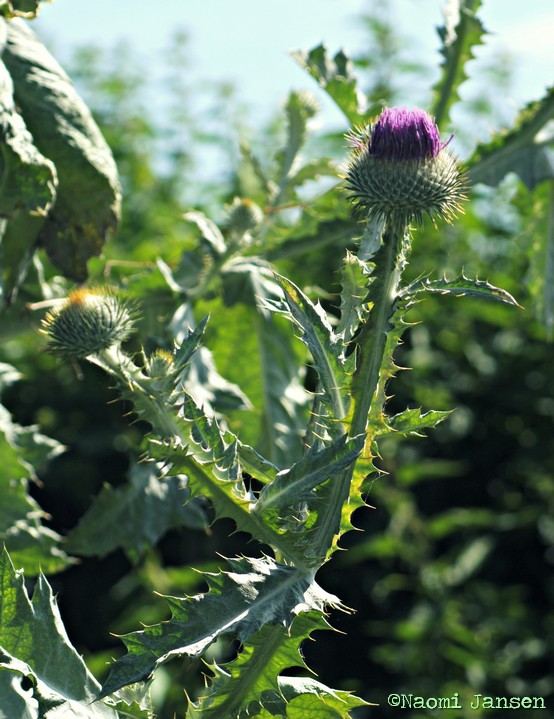 Book: ‘Shock of the Fall’, by Nathan Filer. And I read most of ‘Taal is zeg maar echt mijn ding‘, by the Dutch author Paulien Cornelisse
Series: E.R, finished the Netflix original ‘Bloodline’ & watched a few episodes of ‘Early Edition’.
Movies: I saw ‘The BFG’ (the Big Friendly Giant) in the cinema, it was absolutely awesome & a real great trip down memory lane, as I used that love the Roald Dahl book as a kid.
Songs of the month:
Piece by piece – Katie Melua
What would I do without you – Drew Holcomb
Stay Gold – First Aid Kit
Day to day 6 days a week – L.A.Salami
Somebody’s Love – Passenger

At last, as promised, the Roasted Potato salad recipe.
As some of you might remember, I was planning to post this recipe last month, but I never quite got to it. Maybe I was too busy or maybe I got carried away when I thought I could easily post two recipes a month. Or maybe I simply forgot about this delicious salad, because I tend to associate the rich, creamy, yet healthy flavours with summer. And somehow summer hasn’t really started here. It rains, rains & rains again. Rivers & houses flood, grasslands turn to ponds & all my favourite warm-weather recipes wither away on the shelf in my kitchen. They’re waiting for sunny days; days warm & long enough to have dinner in the forest, watching the sun set after a dusty, hot day. They are waiting for picnics in the park, for long hikes & lazy evenings at home. But since these kind of days seem far from here & keeping this recipe from you seems a selfish thing to do, I decided to hurry up already & share it all the same.

This salad, which consists of beautifully roasted baby-potatoes, yummy carrots, runny eggs & creamy avocado dressing, is a real delight. I created it by accident one day, when throwing together all leftover vegetables we had in the house. I personally love roasted, crushed potatoes & in combination with some of my other favourite ingredients (like avocado, capers & celery) they simply taste divine. You will have to take my word for it, because if there is anything wrong with this recipe, it is the fact that it doesn’t photograph well. But it taste all the better, I promise you that:)
In the recipe below, it says that the recipe serves 2 to 4 people. This depends whether you decide to eat the salad as a main or as a side dish. It makes a healthy full meal for 2, but will also perfectly fit as side dish at a barbecue for 4 or more.

Well, I hope you enjoy this delicious salad as much as I do. Feel free to leave any questions or advice in the comments below. I’m curious to know what you think…..

Instructions:
– Preheat the oven to 220°C (±430 F)
– Place potato and carrot pieces onto a baking tray. Cover with olive oil, lemon juice and salt, to taste. Place in the oven and roast for about 30/40 minutes, or until the potatoes and carrots are golden brown and tender.
– In the meantime, boil the eggs and prep the remaining vegetables. Now place all the vegetables, the pieces of egg and capers in a large serving bowl.
– Take the potatoes and carrots from the oven. Take the carrots from between the potatoes and add them to the other vegetables.
– Now place a large plate or clean cutting board on the roasted potatoes, put pressure on plate/cutting board and crush the potatoes. Don’t hesitate to crush them well, they should be about to fall apart when you’re done. Then carefully transfer the potatoes to the serving bowl with the rest of the ingredients.
– To prepare the dressing, simply combine all the ingredients in small bowl and mix well. If you want a really smooth dressing, place the ingredients in a food processor and let it blitz until you have the desired consistency.
– Pour the dressing over the ingredients in the serving bowl and mix well, until everything is coated with dressing.
– Season with salt and pepper & you’re all done. Enjoy!

Goodbye June. Goodbye to your restless days; the showers, the changes & all those hopeful new beginnings. Thank you for the grasslands growing, the grain swaying, the birds overhead & the rivers flowing. There was more rain than the ground could take, more heartache than our souls should take. There were swallows dancing, clouds gathering, lightning striking. You were wild & unpredictable, yet you were beautiful & brave. And I’d like to thank you for that.

Goodbye sweet June, thank you for the days I got to walk through. In the midst of your confusing sadness, you have taken the time to once again remind me of the importance of all things little. You have warned me about the weight of things larger than life; the heavy burdens of everything I cannot possible change, nor carry. And so, I set out looking for the sun behind the clouds, the silver lining at the end of the day. With a renewed lightness in my step, I hiked up a hill, I watched the sky in wonder & I adjusted my heartbeat to the unexpected rhythm of your season. And, suddenly, I felt so much lighter than before.
Living through your days, I hoped, I feared, I tried, I managed, I failed. Some things came to an end, while other patiently waited to begin. I learned new words with the same meaning. I created & conquered. I made long lists which I never finished, I set goals I decided not to reach. I watched games unite & divide. I cheered for Spain & cried for England. I let the world get to me. I read the news & became painfully aware that I too am part of a greater whole. Part of something. Something nameless & abstract, yet something that seemed to be coming apart at the seams. And all of a sudden, I felt frightened over the prospect of losing the sense of unity I had never felt before.

Goodbye Dear June. Do you wonder, like I do, what will happen now? Where we might go from here? Why do we do what we do? Why do we let fear cloud our judgement, let prejudice get in the way of who we ought to be? When did our world turn into a place where parties turn into massacres, holidays into horror? I broke down, I cried in disbelieve. I felt the loss in my heart, mind & my soul. And all that while, I understood that it was alright to feel too much at once. That the feeling of devastating sorrow, which sat in my chest, was what the world needed from me that very moment.
It ought to hurt, because it is an crime & it’s a terrible, terrible disgrace. And we should never be allowed to be numbed by all the suffering, but we should be outraged & empowered instead.

Goodbye June, thank you for everything. Let’s make way for your friend July, see if she holds the summer we somehow were unable to find. Thank you for all the wonderful moments of togetherness you send my way. Thank you for the sweet strawberries, the tasty dinners & yummy cakes. Thanks for the love of those who love me; their words, their laughter & their reassuring nearness. Thanks for the walks, the wide skies, the rain that soaked my clothes & the shower that warmed my skin. It’s time to wave goodbye now. Take care & hope to see you next year. 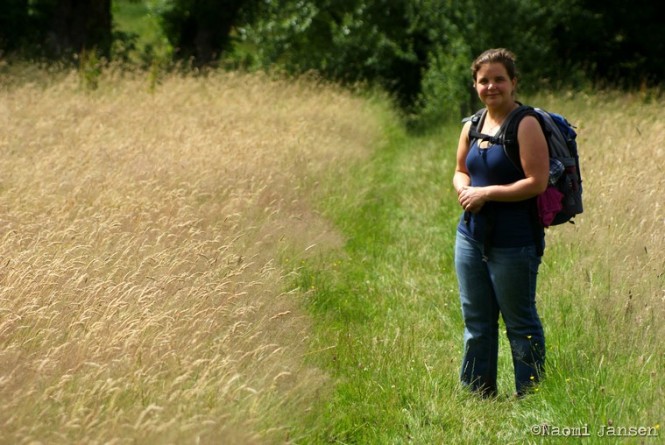 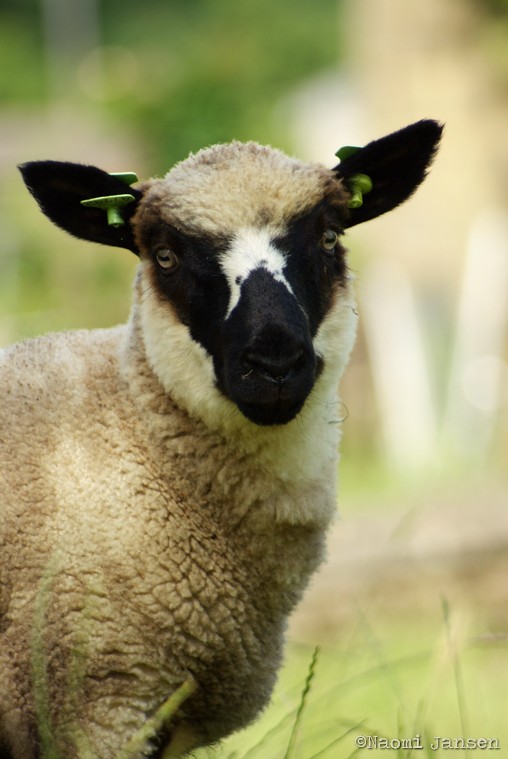 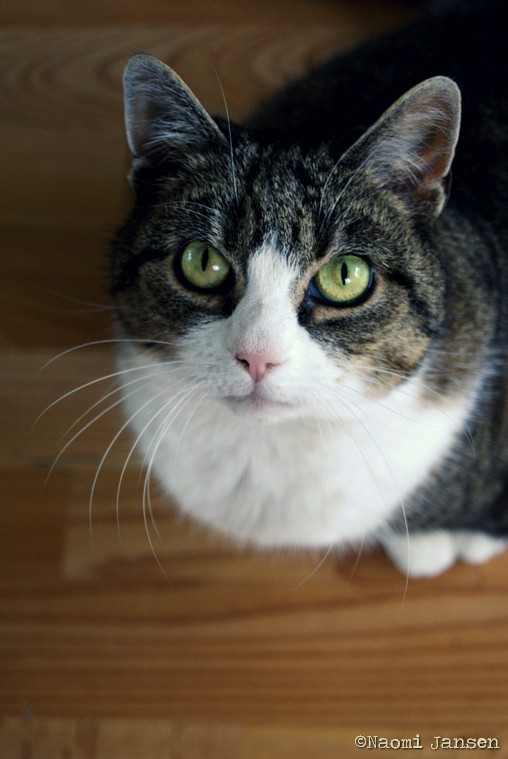 Book: unfortunately, I didn’t manage to finish a book this month:(
I am half way a novel called; The Shock of the Fall, by Nathan Filer. It’s promising so far…
Series: still watching E.R & mixing it up with a Netflix original called Bloodline. Furthermore, I’ve been watching a few soccer matches from the European Championships:)
Songs of the month:
Up & Up – Coldplay
Nearly Morning – Luke Sital Singh (with Gabriella Aplin)
Hold back the River – James Bay
Young as the morning, old as the sea – Passenger

This month I would love to include a lovely, colourful & incredibly creative music video I’ve been playing on repeat. This song lifts my spirit whenever it needs lifting & even though, I’m normally not crazy about music videos, I’ll gladly make an exception for this creative, funny & inspiring piece of art. Of course, it helps that I’m a huge Coldplay fan, but give it a go & who knows, you might like it too…